In no particular order, here are the songs I listened to the most in 2019.

My two favorite cover songs are sung by Joan Osborne. One is Dolly Parton’s “Do I Ever Cross Your Mind?” and the other is this song by Jackson Browne. From Looking Into You: A Tribute To Jackson Browne.

From the album of the year (perhaps decade), By the Way, I Forgive You, here are couple of videos of Brandi Carlile’s Party of One.

For me, Party of One is about being so in love with your partner or spouse, but despite that love, also having times of feeling so alone, wishing and fantasizing for something more, something less, or something else—wanting to run—yet still knowing where you belong and who you belong with. It reminds me of certain times in my relationship with Danny, particularly after we became responsible for keeping another human being alive. Also, in many ways Party of One distills the theme of my play Two Spoons down into a 5:47 song.

She closed the show with this when we saw her at the Beacon. And I wept. 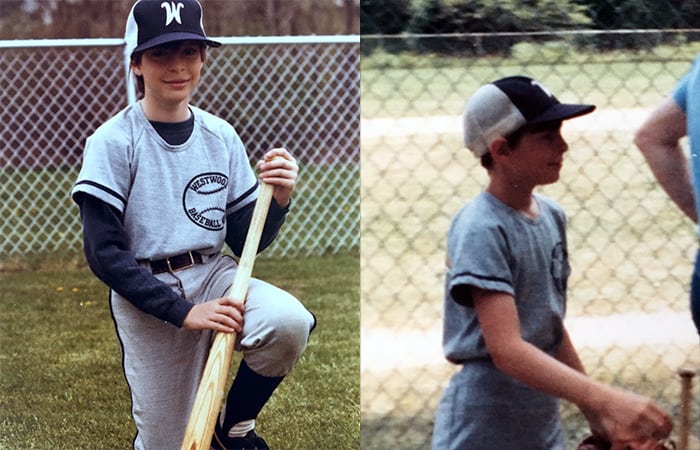 As I gear up for another Rookies softball season, here’s a flashback photo from Little League baseball in 1979. I wish this scrawny kid knew he’d meet a terrific bunch of guys in 1997 and play ball with them for over 21 seasons. 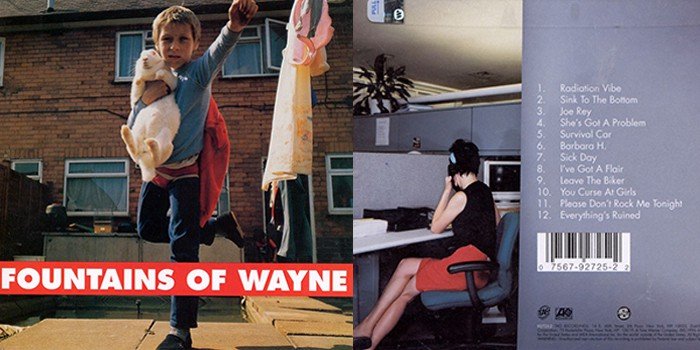 It happened on a Sunday in early 1997. Because of Bergen County’s blue laws that kept most stores closed, I had driven down to Wayne, NJ, to shop for some new music. I’d been going to Willowbrook Mall and the other area shops around Wayne for as long as I could remember. As a kid, my neighbor’s mom would take her two sons, my brother, Matt, and I—with our pockets full of quarters—to the video game arcade at the mall. Years later, while I attended nearby Montclair State College, I would often go with friends to eat, shop, hangout, or sing karaoke in a basement bar of one of the restaurants (Casey O’Tooles?).

But that Sunday in 1997, I had gone by myself to The Wiz (an electronics and music store near Willowbrook, but not in the mall) to search the rows of CDs for something new. At the end of one of those rows was a special display, a rack of CDs featuring local artists. And that’s when Fountains of Wayne’s self-titled debut album caught my eye.

I’ve been posting song memories since I started this blog thing in December. Inspiration has often come while listening to my iPod Classic. I love that 160gb device.  It holds every song I own, 13k, with room left for another 15k. This is my third iPod since the iPod came out. And I don’t know what I’ll do when this one grinds to halt. (Apple discontinued the iPod a few years ago with some lame excuse about not being able to find the parts. Really? You’re Apple. You can find what whatever parts you want, wherever you want.)

I don’t want to stream music to my iPhone, eating up data, and getting interrupted by texts, emails, alerts, and calls. No thanks. I like my music separate from my work. Besides, I’ve crafted so many playlists and smart playlists that sync up seamlessly with iTunes over the years. For me, the system didn’t need fixing.

April 1995: San Francisco. After a breakup, I set off to travel alone for the first time in my life. Sad and scared, yet excited to be exploring and finding myself, I walked, hiked, and biked around the city for days, sometimes never speaking to another person all day. This song, on a mixed tape with Radiohead’s Creep and Counting Crows’ Sullivan Street, kept me company. All three songs are forever etched onto my memory and senses, next to the rolling hills, the cable cars, the Castro, and the Golden Gate. The trip and Mary’s song changed my life.

1988: back seat of my parents’ car headed to visit my younger brother, a freshman at Boston University, fresh AA batteries in the Sony Walkman, 45s prerecorded onto a blank Maxell, headphones on, and a mixed tape playing and rewinding to this song over and over again.

Years ago
I was an angry young man
And I’d pretend
That I was a billboard
Standing tall
By the side of the road
I fell in love
With a beautiful highway
This used to be real estate
Now it’s only fields and trees
Where, where is the town
Now, it’s nothing but flowers
The highways and cars
Were sacrificed for agriculture
I thought that we’d start over
But I guess I was wrong

Get (Nothing But) Flowers